The organization of the epithelium of the small intestine and colon into crypts is generally comparable. However, histologically there are two important differences between the two types of epithelia.The colonic epithelium has a flat epithelium surface and does not have villi. Regeneration occurs from units embedded within the crypts, each containing about 6–10 stem cells, while differentiated epithelial cells reside at the surface.

Human colonic epithelium is linked to various human diseases and disorders such as Ulcerative Colitis and Colon Cancer, necessitating a better understanding of epithelial cell function and their role in disease-affected tissues. CAI’s colonic epithelial culture system provides a unique tool for the investigation of colon epithelial cell physiology and evaluation of therapeutic mediators for translational research. 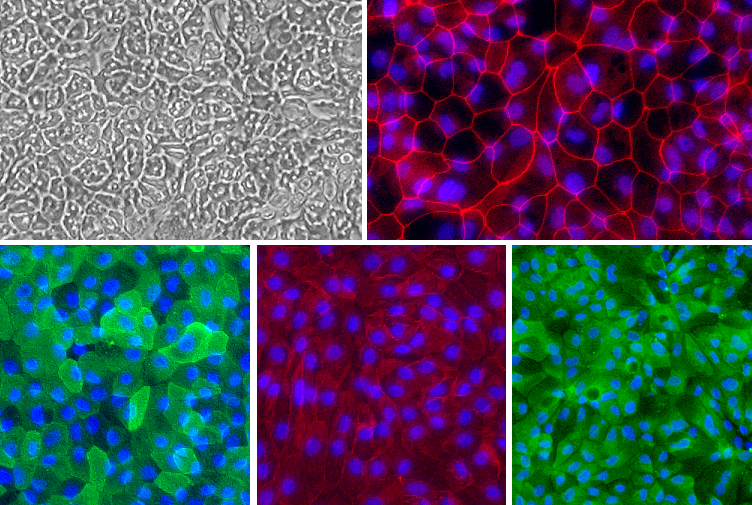 Cell Applications, Inc. is committed to ensuring continued support of researchers around the world combating the COVID-19 pandemic. Our essential personnel are working hard to fulfill research needs without interruption.